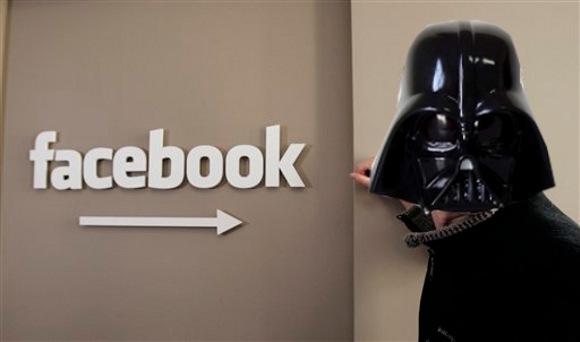 Recently my Twitter feed has been awash with the concept of FOMO – that’s Fear Of Missing Out – leading to an addiction to social media.

Reports abound of students feeling symptoms akin to nicotine withdrawal when separated from their beloved Facebook accounts for under 24 hours and a profound inability not to tweet an Instagrammed, lo-fi photo of their lunch complete with pretentious recipe. Maybe not that last point but you know where I’m heading with this.

As someone who works in this field and thus spends the majority of the day on social networks, I confess: I can’t abide Facebook.

Despite being previously omnipresent on the blue monster, I’ve taken to shunning it, my gut swimming with heavy dread whenever I am notified of something happening on there. Where before it had been useful in keeping contact with otherwise estranged friends, it also tapped into the bleak little inner-child bit of me that was almost perversely voyeuristic while petrified of being perceived as a dullard. Ew. Pathetic, right?

This soon passed however to give way to something else. FOMO (defined as “the uneasy and sometimes all-consuming feeling that you’re missing out — that your peers are doing, in the know about, or in possession of more or something better than you.”) didn’t seem to have me fully in its clutches. Something else created my unease: the wash of information from the painfully mundane to the nauseatingly personal that flooded my feed was a bit much, overwhelming even. Yet I, as many of us do, gobbled up more and more until I was brimming over with useless tidbits and baby photos.

This feeling gradually shifted but stayed in essence as my ‘it’s complicated (geddit? eh? EH?) relationship with Facebook withered. I started to hide people from my news feed, max out my privacy, go on brazen deleting sprees and block everybody from reviled exes to people who had once possibly looked at me funny at a party two years ago. The idea that people could have a peek into my life when I was going out of my way to avoid peeking into theirs bothered me.

I’m not joking. I went from breezily not caring what others are doing to actively avoiding it. This continued until my feed consisted of the updates of approximately 30 people, most of whom I would see regularly anyway, thus negating the point of it in the first place. Being unaware of the lives of others and them being unaware of mine as in those beautiful days Before Facebook gave me a palpable sense of relief. Maybe this is the other side of FOMO?

This isn’t to say the news feed is the downfall of civilization (or perhaps it is?) but many studies have shown the very real varieties of stress that this oversharing brings. Facebook is like a sleazy guy at a bar that knows way too much about you while trying to sell his snake-oil. He might be clever and vaguely harmless but he’s underhand, he sniffs around your circle all night until you’ve had a drink or two and feel charitable enough to let him speak a while. Like a bad stink he then looms everywhere, over every interaction his watchful eyes float, not entirely menacing, just very insistent, very serene, taking it all in.

If I take another dip into my feed, I see the enjoyment of ignorance too has a name, JOMO. (Joy of Missing Out. Clever, no?) coined by blogger Anil Dash. In this blog he celebrates being at peace with being offline and not checking a social network every two minutes. It’s really struck a chord with folk like me who are starting to believe Facebook ignorance can be bliss.

Now, crazy as it sounds, notifications send teeny shivers down my spine if anyone from my various blacklists dares to intrude in my self-imposed bubble with invitations (the gall!) or enquiries into how I’m doing (bastards!) As a result, my forays on the site in a personal capacity are becoming infrequent, sticking mainly to the cheerful partial anonymity of Twitter and the odd message to contact old friends.

While Facebook is an all-encompassing greasy monster that could drag up the most feeble minutiae of my past in a second, Twitter is more like a big conversation that can be dipped in and out of at will, just throwing in your two cents rather than your life story complete with photographic evidence on a convenient timeline.

We’ve maybe shared too much and are stepping back to take stock. As Facebook’s popularity begins to gradually dwindle and sites like Instagram and Pinterest take over, sharing of inspiration and information are coming more to the fore, rather than oblique bitchy remarks and pictures of other peoples’ kids.