With the front row of last Thursday’s London College of Fashion MA show peppered with bloggers, journalists, buyers, politicians and celebrities, it’s clear to see that the industry is paying special attention to London’s fashion graduates right now. The scene in London is younger and more exciting than ever. Our fashion weeks are among the most innovative and inspiring in the world, so it makes sense to have a little preview of what the future holds.

Lauren Laverne and young British designer Christopher Raeburn were on hand to award Tina Elisabeth Reiter best menswear collection award and Hana Cha the best womenswear of the year at the show at the V&A. 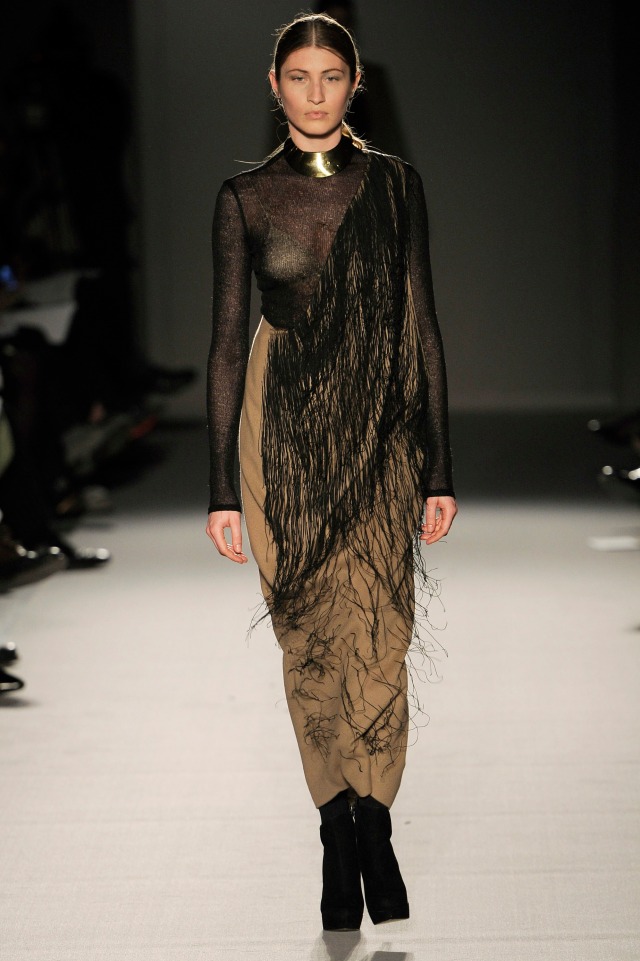 Hana Cha used the hierarchy of the fashion industry as inspiration of her dramatic collection of evening dresses and jumpsuits in golds, purples and blacks. The fusion of luxury and basic fabrics made for deeply textured and complex pieces, with the hand embroidery along taking 30 hours for each. Originally from Korea, Hana came second in their version of Project Catwalk but decided to come to London to train rather than cash in on her success.

Charlotte Simpson was one of my favourite picks from the show due to her beautifully wearable, minimalistic collection of dresses, capes and jackets. Keeping the colour scheme neutral, she expressed her vision of strong womanity through heavy shapes and simple cuts. Charlotte was featured as one of Vogue’s  graduates to watch this year. 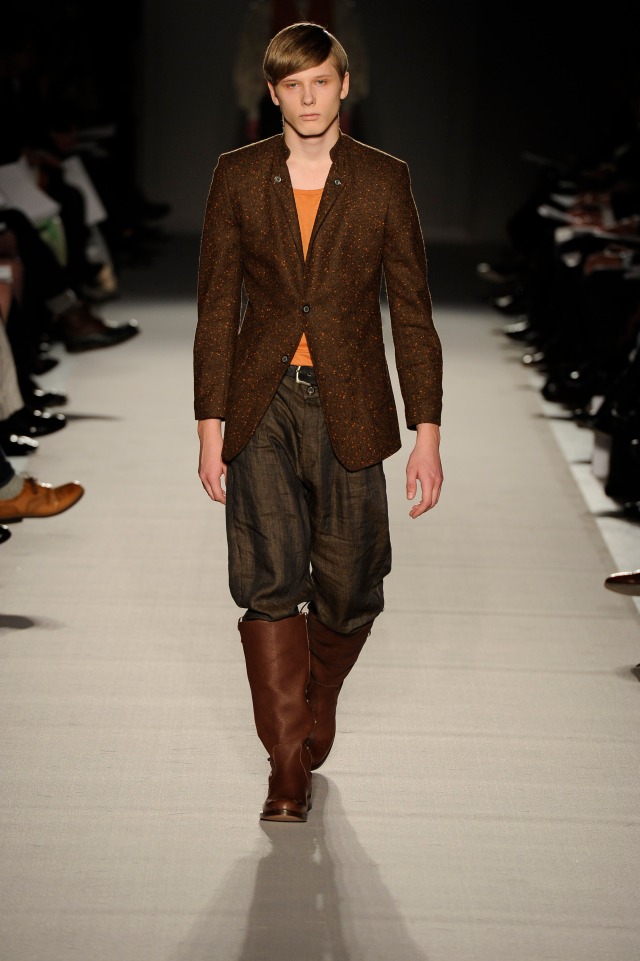 Tina Elizabeth Reiter won best menswear with her collection of Austrian inspired pieces. Traditional elements like puffed sleeves and culottes were kept modern by clever pattern cutting. “I intended to honour our tradition but renew the idea,” Tina said of her inspiration. “Homelessness came into the concept: a feeling of going back to your roots if you’re wearing something traditional- the feeling of belonging.”

Xianfen Gu‘s use of colour in her womenswear collection certainly stood out in a show dominated by muted tones. Her Hollywood red ball gown with embroidered jacket was a truly breathtaking moment.