This morning I headed along to a preview of the award winning Vintage festival at the Southbank Centre. This weekend Vintage festival is taking over the whole of the iconic venue, transforming it into a time-warped spectacle of retro music and fashion, with each corner dedicated to a different era. There are bespoke hairdressing and make-up parlours, hands-on creative workshops and vintage market stalls as well as music halls dedicated to each era including a warehouse dedicated to 80s rave culture and a 50s rockabilly club. There will also be fashion shows hosted by Pearl and Daisy Lowe, Jo Wood and Sue Tilley, who will all show off their favourite vintage outfits during the course of the weekend.

We were greeted by Vintage founders Wayne and Geradine Hemingway who told us that they were thrilled to be hosting this year’s event at the Southbank Centre as it has been one of their favourite places ever since they moved to London in the 80s. As well as offering the perfect quirky backdrop to the event, the venue was even more appropriate as it celebrates its 50th anniversary this year .The festival hall was built in 1951 for the Festival of Britain, which was a celebration of the best in British art, science, design and technology to revitalise the nation after World War Two. During the festival’s four month run around one in every three Britons had visited. The basement of the centre was dedicated to the Museum of 1951 in honour of the anniversary and on display is original 1950’s furniture and electrical goods.

The good thing about hosting this year’s festival in London is that much of it is outdoors and available to the non-ticket-holding public. This could be seen as a pro for the public but those who have forked out £60 for a ticket might not appreciate the crowds. The biggest highlight of the outdoor area is undoubtedly the market place, which alongside around two hundred vintage retailers features a pop-up high street with shops by Kath Kidston and Oxfam as well as a hair salon by Bastise and a make-up parlour by Benefit.

As I was there early for the press preview and left before the masses arrived due to an oncoming cold, the festival was pretty much empty and I didn’t get to see any of the fashion shows or workshops in full swing. However I am assured there will be the opportunity for visitors to take part in free workshops including decorative stitching, fabric printing, fascinator making and broach making. The music areas will also be sure to get in full swing later in the evenings and I would have liked to see the authentic dancers and musicians. However, I spent a happy couple of hours wondering around the empty festival hall, which is one of my favourite places to be anyway, checking out the wonders of vintage hidden away inside. I’m still not convinced that it’s really worth the ticket price though, unless you are a real hardcore vintage lover. If you just want something nice to do this weekend, I’d suggest just having a look around the outside areas and vintage market and not bothering with the rest. 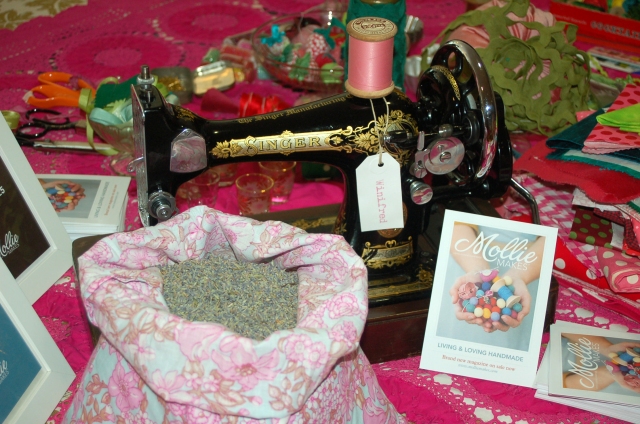